1980
John Young writes: "My interest in solar energy preceded the formation of Solar Nova Scotia when I was chairperson of the Community Planning Association and a renewables member of Voluntary Planning. Vaughan Munroe, was my research assistant and Joanne Lamey was our secretary (and everything else besides). Some time later I created and made myself the first chairperson of Solar Nova Scotia.
1980, May 3 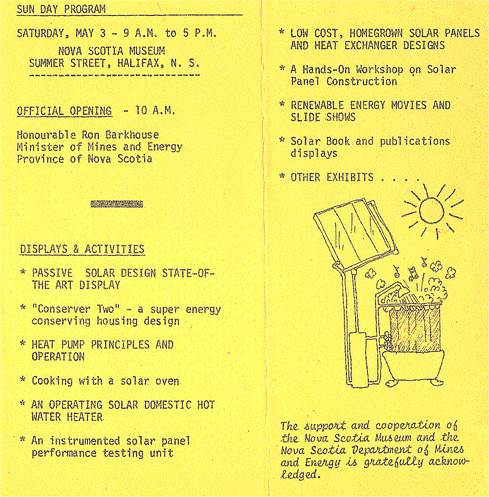 John Young, president of the provincial chapter of the Solar Energy Society of Canda, organizes "Sun Day" at the Nova Scotia Museum as a local contribution to an international “Sun Day” celebration. Honourable Ron Barkhouse, Provincial Minister of Mines and Energy, opened the proceedings.
One exhibitor at that show, Peter Allen, was very successful. His local company, Thermo Dynamics Ltd., continues to manufacture and sell both nationally and internationally its line of solar collectors, many of which can be seen on buildings in Halifax.
1980, November 7
The society, The Solar Energy Society of Nova Scotia was incorporated by Vaughn Munroe, John Young, Rick Hornsby and Verne Powell to:
• foster and encourage by all appropriate means, the use of alternative energy technologies in Nova Scotia, and
• act as a clearinghouse for information and experiences relating to the implementation of alternative energy technologies.
1981, August 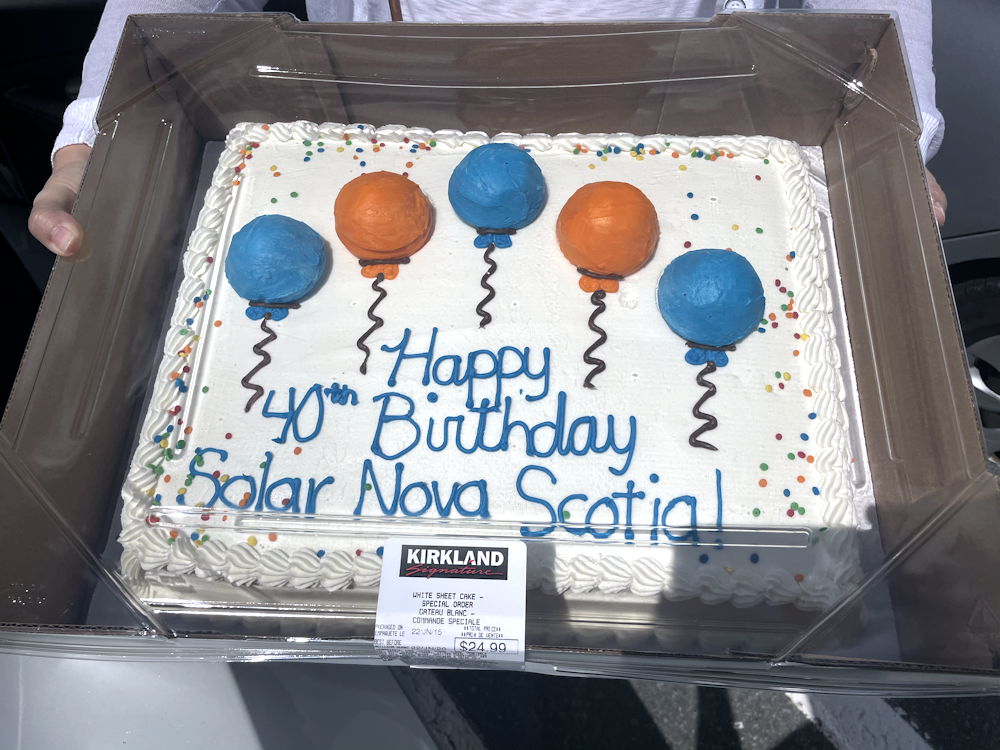 Solar Industry Mixer at the Lion's Head, with 110 members of the solar industry and a few politicians, celebrating (belatedly) the organization's 40th anniversary and a very successful year of being the voice for solar in Atlantic Canada.

Solar Nova Scotia has met for a Sup & Share every Friday evening since the early 1980s. We've seen several bars close, have been kicked out of a few others, and some we left voluntarily. Here are a few meeting places over the years: