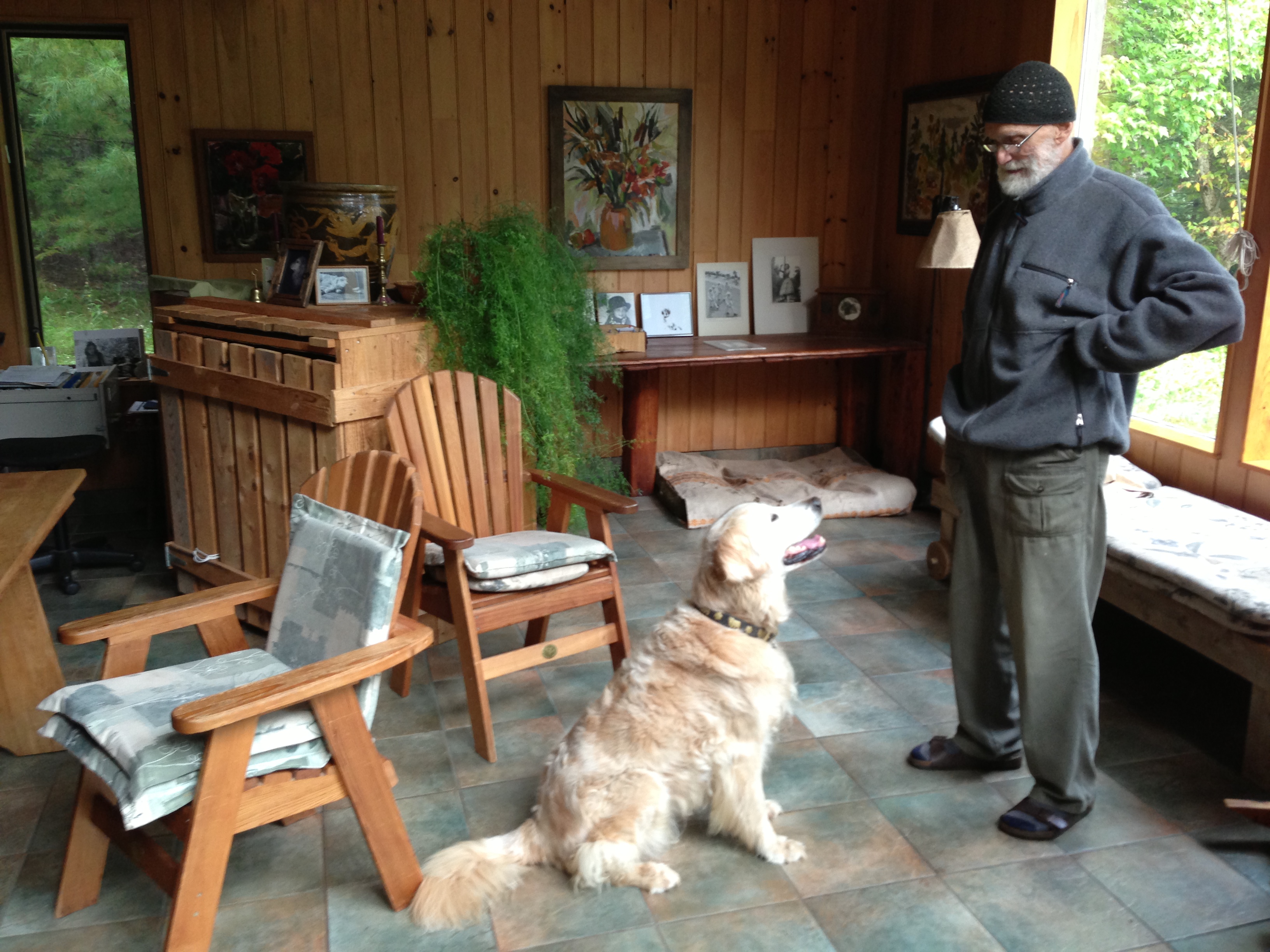 (not Norval Collins. More on that later.)

How did I know Norval? How did I get involved with solar energy? Well, in the early ‘80s I was newly in a relationship with my Norval, and our friend Joanne, one day, mentioned that there was this organization, Solar Nova Scotia, which gathered for food and drink and environmental talk, every Friday evening, and the chair was another Norval - and wouldn’t it be cool to have two Norvals at a table at a pub? And it was, and we did. And I’ve been having supper with the same bunch of friends - with some changes along the way - every Friday evening for the last thirty years. Norval retired Solar Nova Scotia, then from running the Dalhousie Aquatron, and moved to Ripples, New Brunswick, but over the years we've been more or less in contact, and his partner Astrid Brunner has been mentor, crazy friend, inspiration and teacher to me, our kid Joe, and many of my friends.

Of many monumental works, Norval was very proud of a wickedly and painfully satirical view of the state of our forests with no-holds-barred on the evils of The Irving Corporation. Here's the 2012 Edition of the Norval Balch's version of the Devil's Dictionary.

I attended several of his Spring Freshet gatherings which were held in early May. Norval had done typically thorough research and found the high water mark for the previous century of spring flooding of his lake - an offshoot of Grand Lake, near Fredericton, and located his Don Roscoe solar home just a couple of inches above that. At the Spring Freshet gatherings, food and drink and laughter would flow as the lake lapped menacingly just at the carefully calculated doorsill.

In 2018, after the unprecedented massive flooding of the St John river system, Paul Pitre and I visited his house - I had heard that he wasn’t living there, but I wanted to see how the house had survived. As I was prowling around the outside, Paul pointed at the window in the ground floor bedroom — and there was Norval, sleeping in the sun. I knocked, he woke, and we had a delightful visit. He was still at work digitizing his father R.E. Balch’s (1894 - 1994) multi-hundred-thousand photographic legacy, and still delighted by his goofy yellow lab, Pebbles. Years previously I had suggested he only digitize the best of the negatives, but Norval was stubborn and thorough and had his mind made up. I noticed that there was a high-water-mark in his house about 10cm up the wall as he was talking proudly of the accomplishments of his son Toby.

I got a note from Astrid a couple days ago with an characteristically stylized obituary announcing his passing last month at age 84.